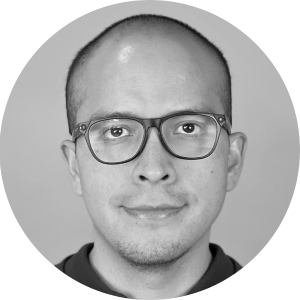 Diego is a Mechatronics Engineer, who was awarded the best graduate certificate after concluding his Bachelor’s degree. After a year of experience in industry, he started his Master’s degree in Mechanical and Automation Engineering at the National Taipei University of Technology from Taiwan where he was awarded the Excellence Recognition for the First Place on the Academic Honor Roll. During his Master’s he worked at the Industrial Technology Research Institute, where he developed novel algorithms to improve the accuracy of 5-axis CNCs on a micrometre scale. Subsequently, he worked as a research associate at the National Chung Hsing University, developing tools to simulate and enhance the performance of 5-axis CNCs. He started his Ph.D. in robotics at the Munich School of Robotics and Machine Intelligence at TUM in 2019. Ever since, he has been a part of CeTI, working on the development of robotic hands, which embed knowledge of how humans interact with the world.

Projects/Cooperation within CeTI you are involved in:

CeTI rooms within CeTI you are involved in:

What do you value most about your work at CeTI?

Working with such bright minds, and benefiting from a rich interdisciplinary collaboration.

What was your best moment at CeTI so far?

When some of our colleagues from Dresden visited our institute in Munich. It was great to be able to connect with them and exchange research ideas and perspectives.

How do you spend your spare time?